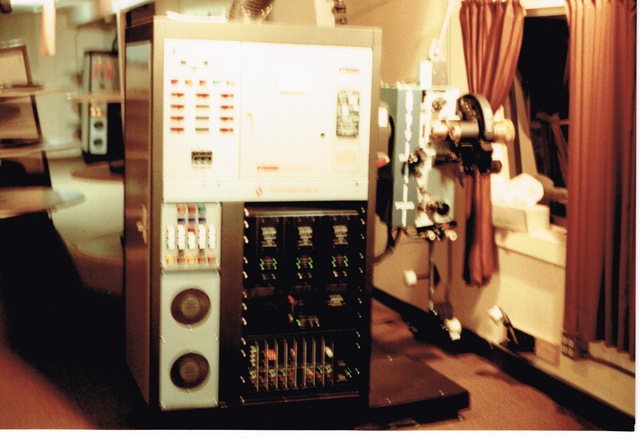 The projector for auditorium #3. Number 1 and 2 can be seen in the background. The projection booth was equipped with an interlocking system which allowed one 35mm film print to play in two theaters simultaneously. This wasn’t used that often, and to my knowledge was probably used less than a dozen times while the theater was in operation. There would be about a 30 second delay between theaters. This particular projector and theater interlocked BATMAN on opening weekend in June 1989.