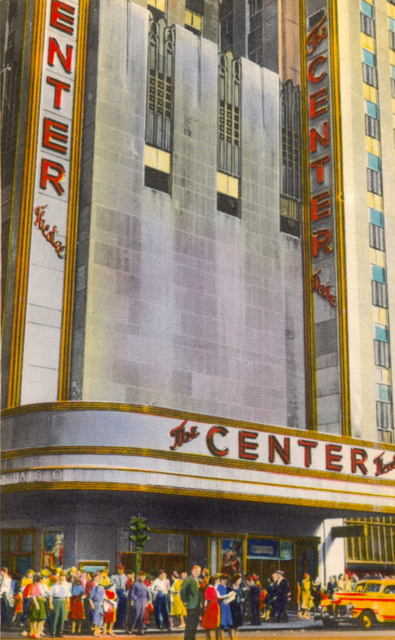 Built under Roxy’s direction as the smaller and equally-luxurious companion of Radio City Music Hall, the Center was failing in the 1930’s until it became a venue for live performances, most notably ice revues.

Well-known as the site of NBC’s major live variety shows early in television’s Golden Age, in the spring of 1954 the theater was unceremoniously ripped from the bottom eight floors of the skyscraper at 1230 Sixth Avenue to add office space to that structure.

Once the wound was patched up without leaving a trace of the Center, the building became headquarters for Simon & Schuster. Seats from the Center Theater were moved and installed at the Cherry Lane Theater in Manhattan.