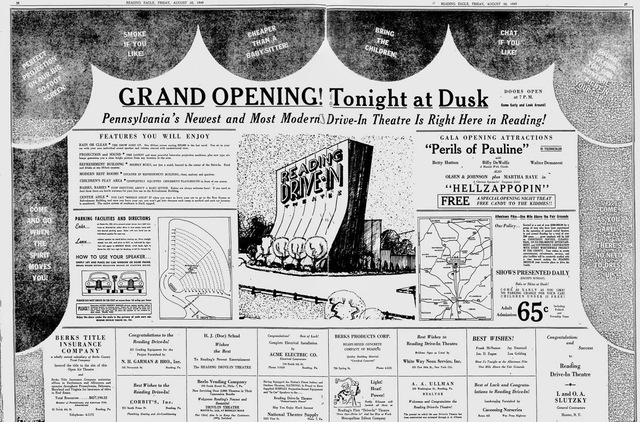 I grew up living very close by this Drive-In Theater. As a kid, enjoyed watching a few movies at this theater with my friends and family. There was a nearby playground up on a hill, that if you were hanging out at until dusk, you could sneak a peak at the movie showing on the screen but could not hear what it was saying without a car speaker. Unfortunately, the Drive-In screen sustained some fire damage and word was it was due to someone playing with fireworks or matches. Many of the Drive-In car speakers were tampered with and destroyed by people and eventually around 1984 the theater was closed. Sam’s Club now stands in it’s old location. Would love to have Drive-In Theater’s make a come back in Pennsylvania. Good Wholesome Family Entertainment, cheap! It brought people together!