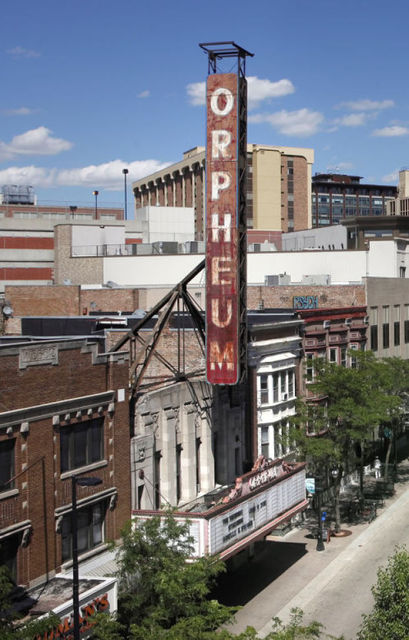 July, 2014: Plans to restore the original vertical are on hold while city sign ordinances are being reviewed. This second-generation vertical dates to the 1960s. Architect Arlan Kay is overseeing changes meant to undo alterations made to the movie palace half a century ago in the name of “modernization”. The original sign had chaser lights up and down the original sign. Now scarred with rust, the current sign stays in place because hanging a replacement over the sidewalk would violate city ordinances. City leaders are working on a solution.