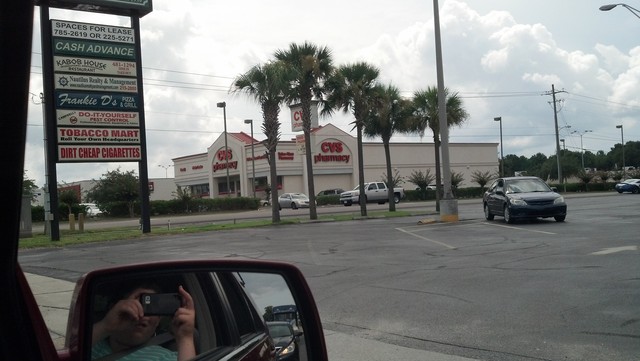 This photo was taken on-the-fly, in traffic. The Bud Davis location, at what is now the corner of 15th Street and Lisenby Avenue, now is the home of a drugstore.

After the Drive-In closed, but Florida Theater was built on the site. It too fell to the wrecking ball, probably around 1990.

The portion of Lisenby Avenue alongside this property was not built until after the Bud Davis was gone.