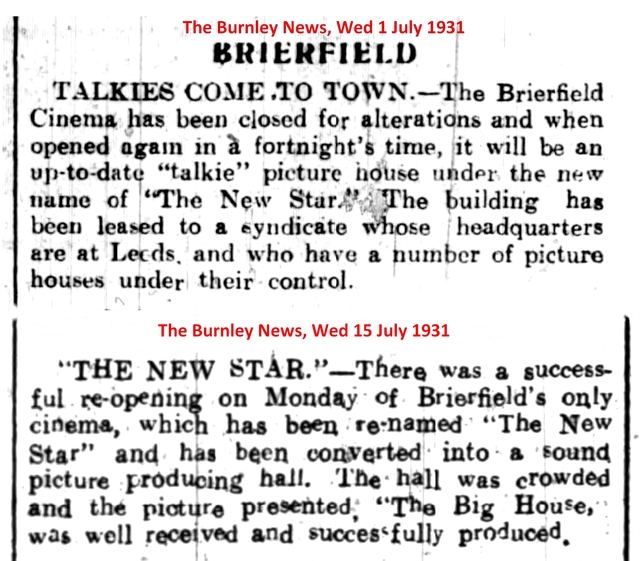 How the local newspaper reported the name change and the installing of sound in July 1931.

The newspaper dates are correct. This casts doubt on “Having changed ownership, it opened as the New Star Cinema on Monday 18 January 1932 with Western Electric(WE) sound” which is in the Overview. That information was taken from ‘Chronicles of Pendle Picture Palaces’ published by the Mercia Cinema Society. It has been rechecked: not only is the 18 Jan 1932 date out, but the opening talkie was reported to be ‘Dance Fool Dance’ with Joan Crawford. It was released in the US in February 1931. ‘The Big House’, a gaol film with Lewis Stone and Wallace Beery was released in the US in June 1930.

A possible explanation could be both are right: a cheap/poor sound installation in 1931; then an upgrade to Western Electric 1932. However both the newspaper reports and the Mercia book connect the sound installation to change of ownership. Puzzling.