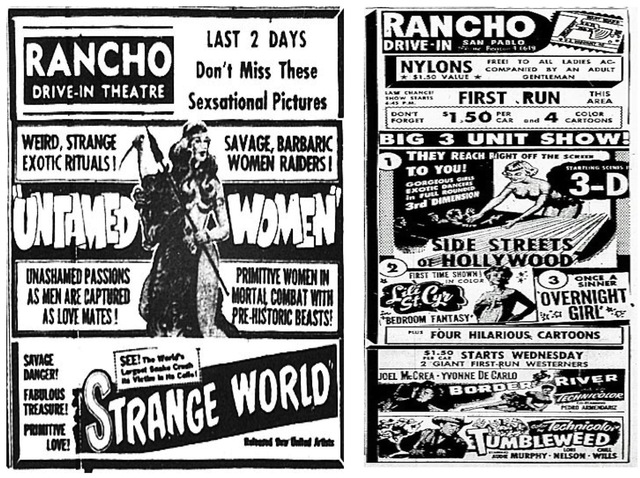 These are the kind of flicks that would prompt every red blooded teenage boy in America with a driver’s license to beg Dad to borrow the family car for. They would have been pretty disappointed with “Side Streets of Hollywood” though. It was really a flat 2-D and boring 1952 exploitation film called “A Virgin in Hollywood” with 12 minutes of inferior anaglyphic 3-D (red/green glasses) burlesque inserted into it. On second thought that was about as good as it got in 1954!