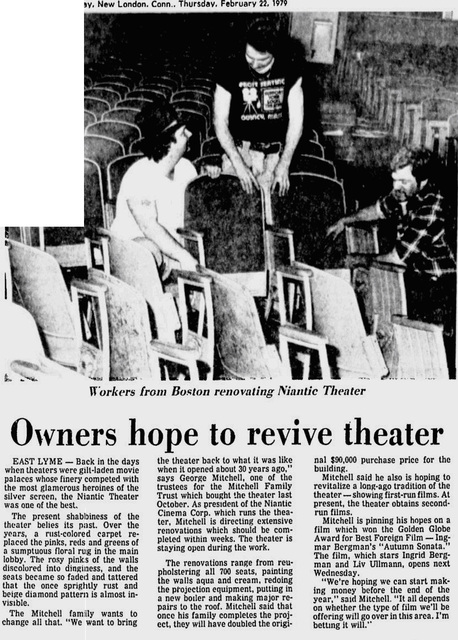 February 1979 article from when the Mitchell family bought the Niantic Theater and fixed it up – they also bought the old Niantic bowling alley at the same time, as well as a few other properties on Main Street, but they put most of their efforts into the theater until it became clear that single screen moviehouses just weren’t able to compete anymore. The Niantic Theater split into the three-screen Niantic Cinemas, soon adding a fourth screen (and later a fifth), enabling it to survive while every other theater between Niantic and Groton went under (Waterford Cinema, Waterford Drive-In, the Garde in New London, the Capitol in New London, and Niantic’s Cameo, tho the Garde later reopened) –