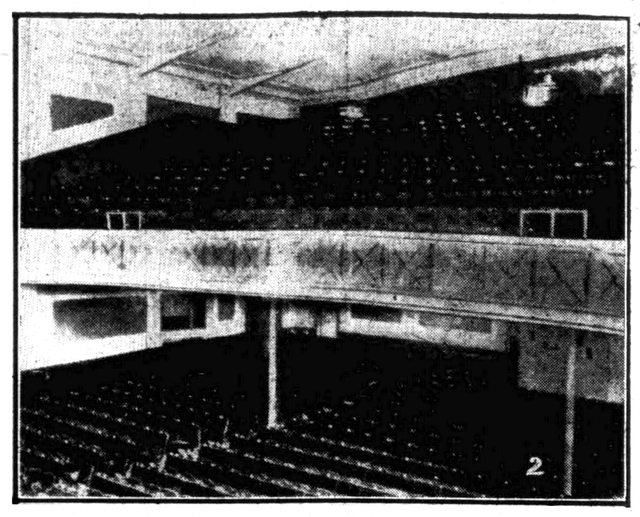 The Pentridge as remodelled for the re-opening on 25 March 1920 to William Heap’s design.

The dark rectangular shape behind the left column is a direct exit to the outside. The other side can be seen on an outside view of the abandoned building; and indicates the shallowness of the foyer, access areas and other front-of-house parts of the building.