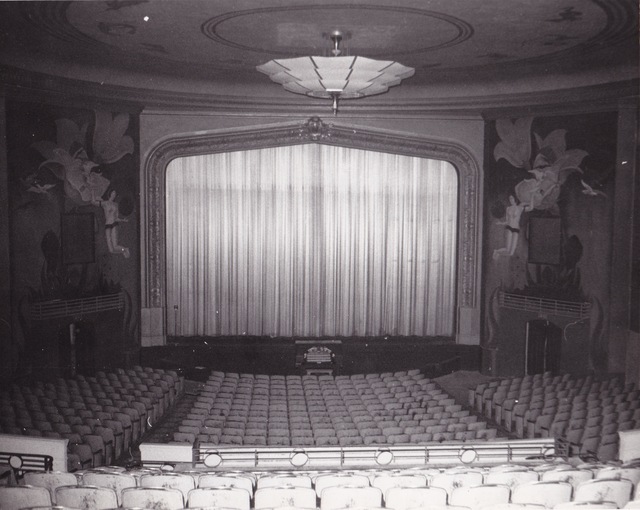 View of the Avenue auditorium during the years it was a popular showcase for reviving silent films in the 1960s, 70s, and early 80s. The console of the former State-Lake Theatre (Chicago) organ is visible. The organ pipes and percussions and effects were installed behind the screen. When the Avenue ceased being a theatre, and was put up for sale by Steve Levin, Mark Santa Maria–architectural salvage specialist–purchased the two chandeliers which hung over the stadium seating section. They were sold to someone in Hollywood. The large chandelier in the photo was left in place, due to its enormous size. Photo by W. A. Hagaman. Jack Tillmany Collection. Posted with permission.