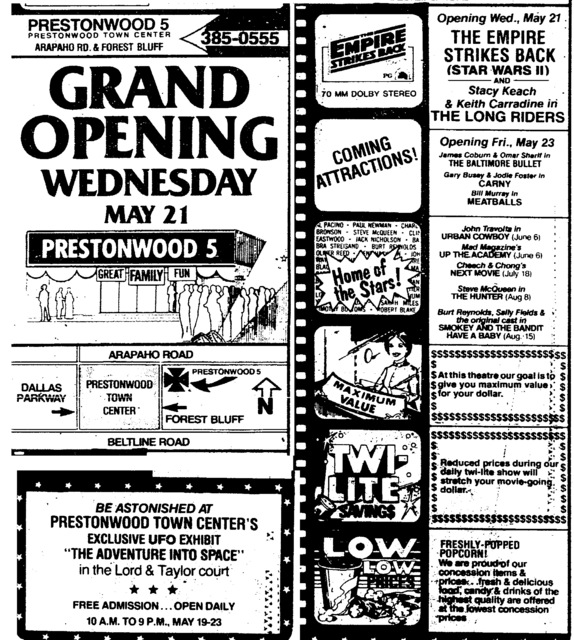 The May 21, 1980 grand opening of the AMC Prestonwood 5, the second of three theaters within striking distance of the former Prestonwood Center Mall. All three theaters would outlast the Prestonwood Mall, a $100 million mall near three other malls that would be bulldozed before making it even two decades.