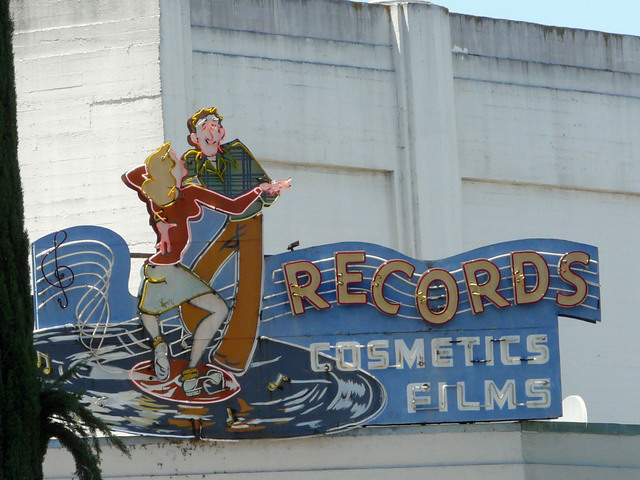 July 2011 photo. An old neon sign on the Broadway side of the building has historic importance. Tower Drugs originally occupied the space now held by Tower Cafe. That drug store was the place where a young Russell Solomon started selling 78 RPM records out of the juke box in his family’s store. That was the beginning of the legendary Tower Records empire.