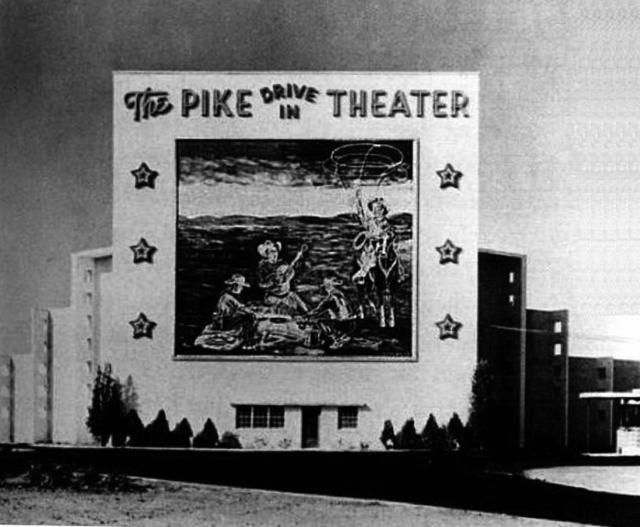 Here’s the Pike Drive-In playing “State Fair” at its opening on Saturday, 25 October 1947. With a 60' high and 60' wide screen, Harold Gibbons – who would build Dallas' Jefferson Drive-In two years later – called the Pike Texas' largest drive-in and had one of the state’s largest neon signs. Known for its cowboy mural, capacity was 610 cars with specially-designed ramps that supposedly exist into the 21st Century decades after the theater’s demolition.