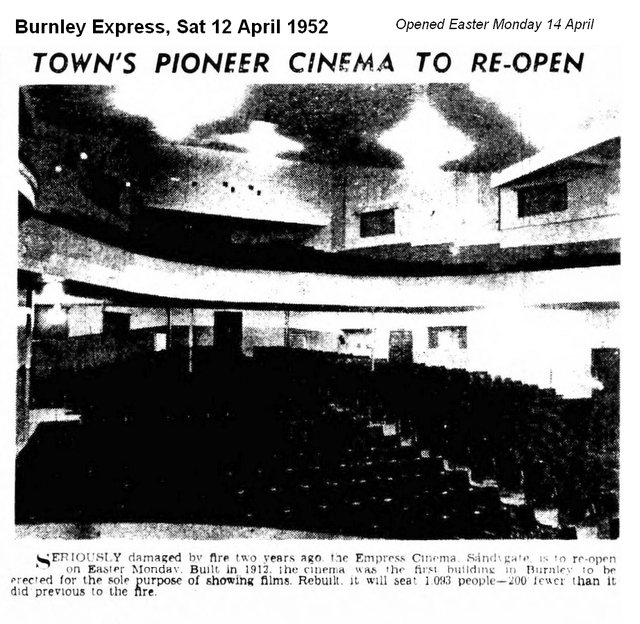 The interior of the rebuilt Empress ahead of its reopening on Easter Monday 1952. It looks to be a bare-bones rebuild with little alteration to the interior, despite the reported loss of “200 seats”. As seen elsewhere in a colour photograph, the roof was of corrugated-asbestos.

The opening film was Samson & Delilah, with Lamar and Mature. released in the USA in 1949, it had been one of the UK top ten box office attractions for 1951; so it was hardly a recent film which launched the rebuilt Empress.

What most people know about the film Samson & Delilah is Groucho Marx’s comment about Victor Mature’s muscular development.

After the premiere, the director Cecil B. DeMille asked Groucho what he thought of the film. Groucho replied, “Well, there’s just one problem, C.B. No picture can hold my interest where the leading man’s tits are bigger than the leading lady’s.”

DeMille was not amused, but Victor Mature apparently was.