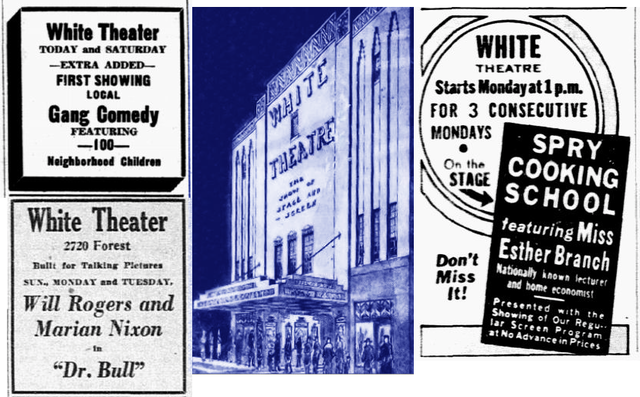 “Built for Talking Pictures” and “The Home of Stage and Screen", the White Theatre was named for and by M.S. White, the original owner of the theater. Here are some non-Interstate ads for the theater around the W. Scott Dunne’s architectural drawing of the White in pre-production stage. As for advertising, once in Interstate control, the theater would be listed with other Interstate theaters. Post-Interstate, few ads seemed to have been carried and in its last stretch as an African American cinema, there appear to be no ads in the African American newspapers.