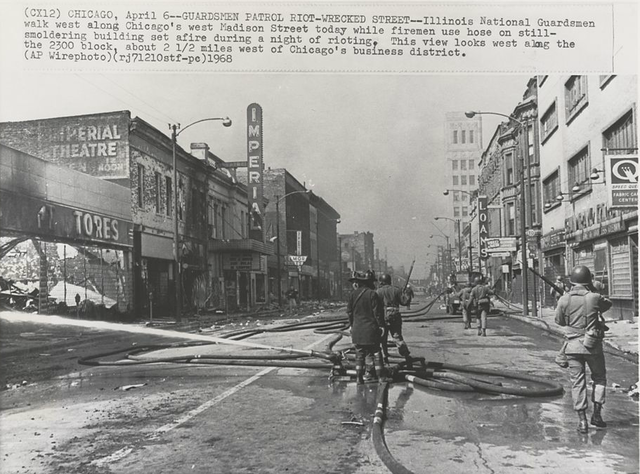 In the days after the assassination of Martin Luther King, Jr., in more than 130 cities, hundreds of thousands of black Americans let their anger and grief boil over into collective rage. In Chicago, more than 48 hours of rioting left 11 Chicagoans dead, 48 wounded by police gunfire, 90 policemen injured, and 2,150 people arrested. Some two miles of the commercial heart of Lawndale on West Madison were little more than charred rubble.