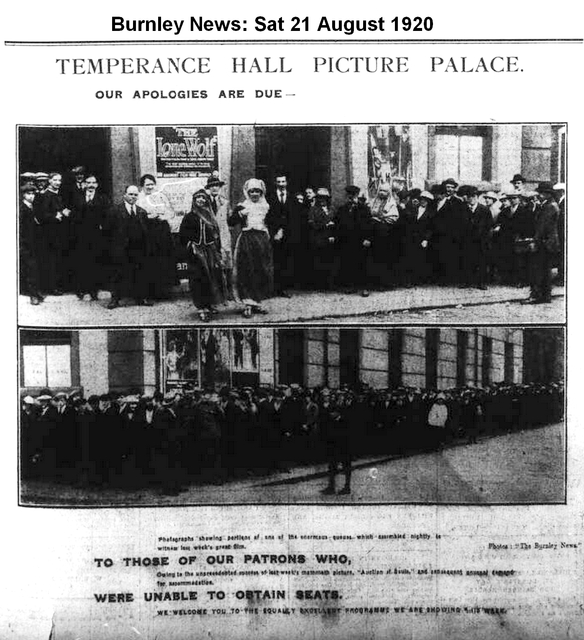 Clever publicity by the operators of the Temperance Hall in 1920. The film “The Lone Wolf” was a 1917 American feature which had sequels (like “The Lone Wolf’s Daughter” released in 1919 long before film-makers got lazy and called sequels II, III and IV).

The two photographs capture some external elements of the hall; and they seem remarkably like they look today (2015).

In front of the poster for “The Lone Wolf” there appear to be at least two people in some sort of ethnic costume. I wonder what that was about.