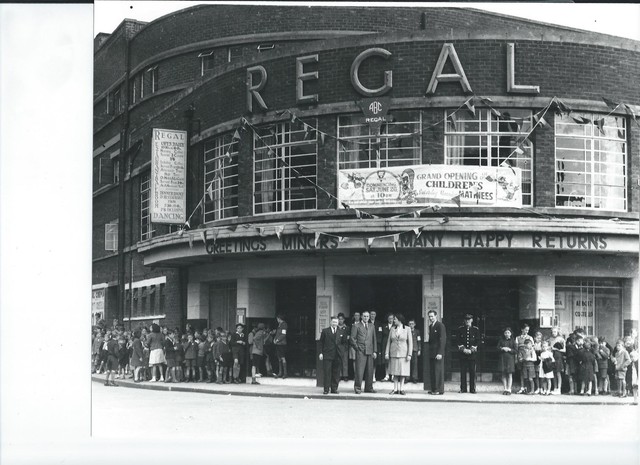 I found this photograph in a junk store in Beverley in 1998. The owner told me that he had bought a box of assorted junk in a house sale and among it was an old camera with the film still inside it. He had it developed and one of the photos is this one of the ABC. My guess is that the year is 1954. I guess it is the return of ABC Minors. I was born in Beverley in 1947 and spent many years at the Minors and then other movies. I also played in a local band “The Strollers” in the ballroom on Friday and Saturday nights during the 1960’s.I now live in Vancouver Canada, but those memories of that beautiful building live on. I was so sorry to see it go.

This photograph was taken 26th June, 1948 to celebrate the opening of The ABC Minors. The photograph features on page 36 of my book explaining the full story.