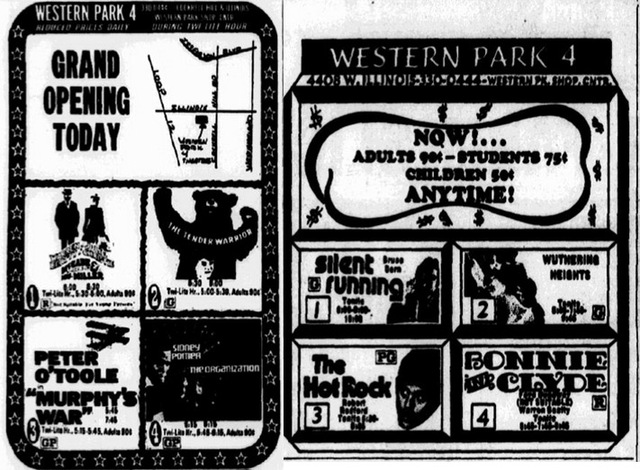 Here’s the grand opening ad for the AMC Western Park. For a new build theater from the usually reliable AMC circuit, the Oak Cliff AMC Western Park 4 will go down as one of the most catastrophic movie theaters in terms of business for a new-build location in Dallas history. Opening Nov. 17, 1971 with first-run fare, the theater couldn’t even make it into its first summer going out of business hastily on June of 1972. Run as a dollar house for two months, the two time loser was done in eight months and converted to retail space.