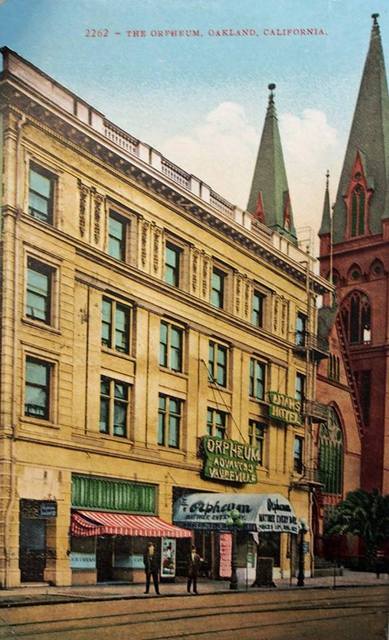 The 12th Street Orpheum theater was designed by Walter J. Mathews in the Hotel Adams building. It featured Vaudeville acts and had daily matinees. According to Theatres of Oakland, it was a popular destination, but it was never a financial success. When the Fox Theatre was named the Orpheum in 1925, this theater was renamed the 12th Street Theatre, and later the 12 Street Follies. The theater closed in the 1930s and the building stood vacant until 1958 when it was torn down. https://localwiki.org/oakland/Orpheum_Theatre