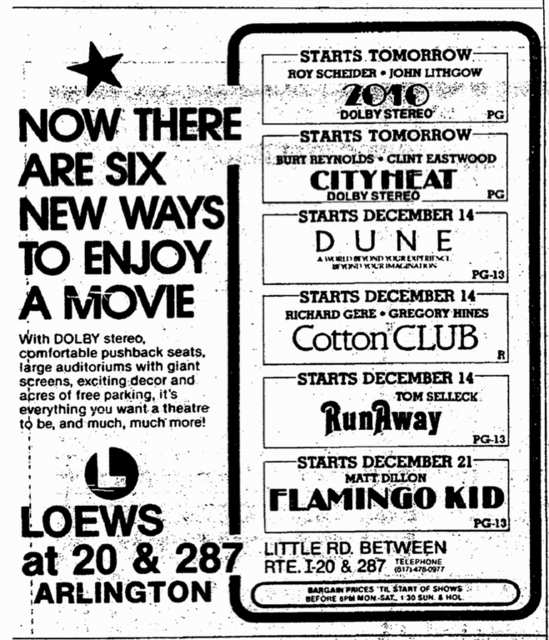 Loews signed up for a 20-year lease for its Loews Cinemas at 20 & 287 as Interstate 20 would be re-routed to the South creating a retail nexus in south Arlington and south Fort Worth. Opening with the features reflected in the photo on December 7, 1984, the theater would pass from Loews to AMC in a buyout and the circuit dutifully steered the cinema to its closure with virtually no changes as the lease expired in 2004. The theater was unceremoniously demolished thereafter.