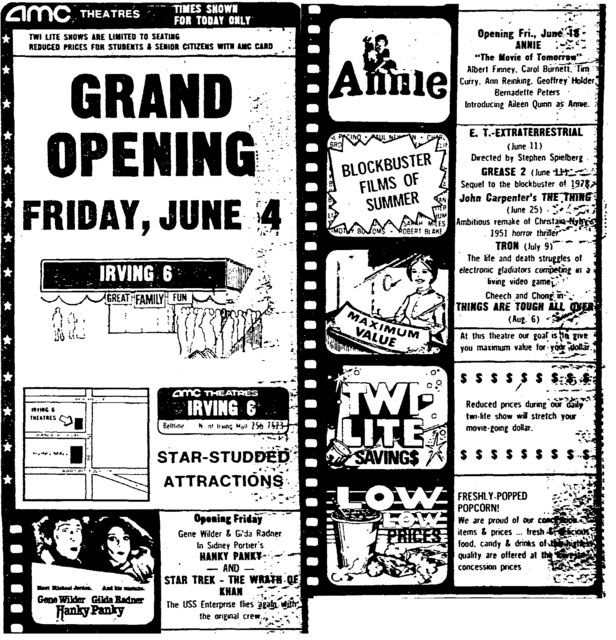 The AMC Irving 6 was created opening June 4, 1982 to give rival General Cinema a run for its money with GCC inside of the Irving Mall and AMC just a few doors down in a standalone location. While AMC battled away some clearances from GCC including E.T. and Tron the first summer, GCC prevailed as the AMC would eventually go to discount status. It would then be knocked out by Starplex’s new build discount house along with GCC’s plans to build a 14-screen megaplex in the mall. At its end, the AMC Irving 6 was a very substandard theater in terms of presentation and appearance. It became a gym.