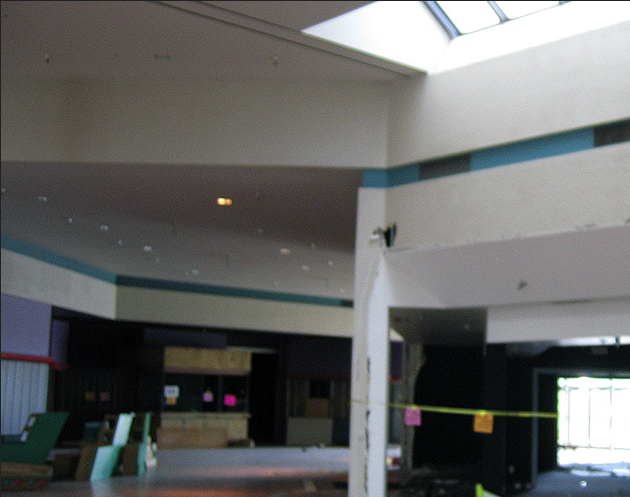 When the GCC North Hills closed in September of 1998, it just seemed to be a time vacuum looking the same years after hoping that someone would operate the facility. However, the mall was a ghost town and not even the most optimistic operator could complete GCC’s lease that was to expire in 2005. The entire mall closed in October of 2004 and in 2005 you could purchase anything, anywhere in the mall, including the lit movie poster frames and snack bar from the cinema. And the theater was picked over as reflected in this picture. The owners would walk away from the property without demolishing it leaving the mess to the City of North Richland Hills which would demolish the disheveled property in early 2007.