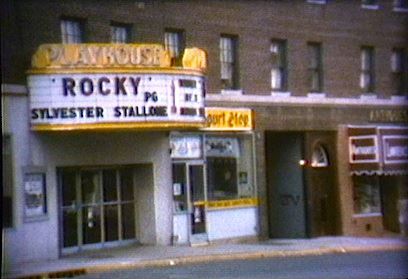 I was at this theatre when Rocky played. It was their last big hit. Prior to this it was $1.50 double feature house. When “Obsession” played with “Robin And Marian” it sold out every seat to the rafters. The UA bookers were shocked as was eveyone else, the theatre and the Squire were not busy theatres when I was there 1976-1977 before I went to the Midway when it opened as a Quad. And “That’s the facts folks!” ORLANDO LOPES