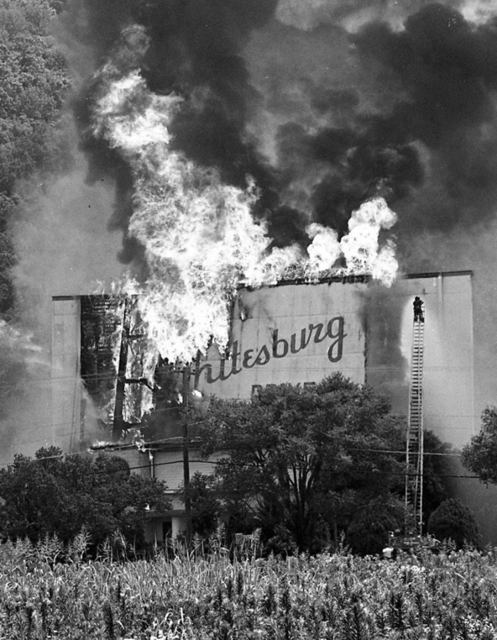 The last showing was on September 30, 1979. The owners requested that the city burn the 60 foot tall screen rather than letting it fall into disrepair. On June 10, 1980 city firefighters climbed to the roof, took out Gatorade bottles of diesel fuel, poured it into holes they had chopped in the structure and started the fire. More than 100 people watched as one of Huntsville’s landmarks went up in flames. The screen that flicked with night features for 30 years was gone within 30 minutes. Families that had enjoyed watching the movies over the years came out again to watch its final show.