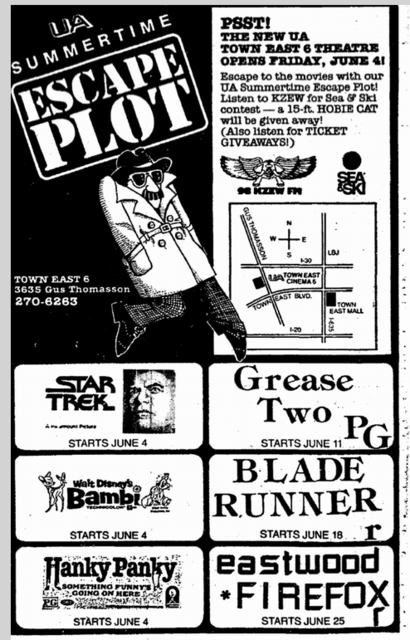 For the better part of twenty years, General Cinema had the screens and controlled the majority of the zone of Mesquite. But then UA Town East 6 came to town 4 June 1982 and the battle for clearances for the top films was on. Two years later, the zone went from two to four multiplexes with AMC Towne Crossing and General Cinemas Town East 6. A bit confusing but that lasted for almost two decades until AMC dropped a bomb known as the AMC Mesquite 30 that wiped away all of the Town East area ‘plexes