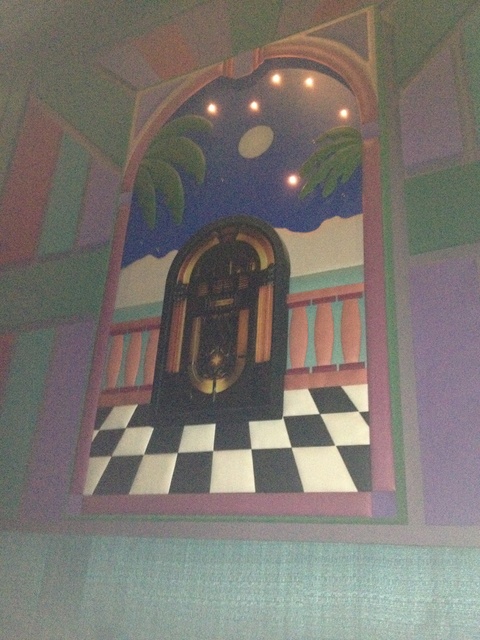 This is a strange one.

BTW, do you know if the screens still have functioning masking here? (i.e. Curtains in Flat-mode during the Preshow, and then extended to scope by the time the Roller Coaster starts)

I also found out recently that the jukebox itself is supposed to be lit up like the moon and the stars. (Photo is about halfway down) http://www.crowngroup.com/RetailPics.html#round