2nd Floor Theater, The Bantam at The Penn 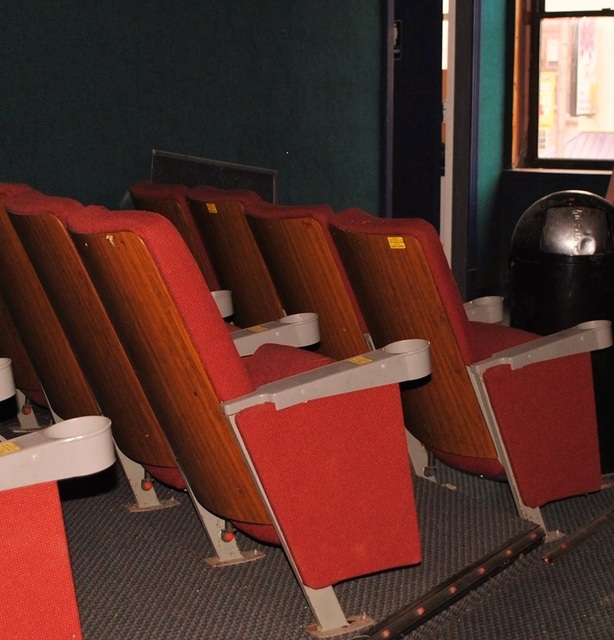 Seats in the small second floor theater. The original iron framed seats were removed and replaced in the 1996 overhaul. These seats are actually facing the opposite direction than they would have on the balcony. This area was originally a hallway lobby to the balcony. The windows look out onto Main Street, they were covered over when this theater was built in the early 70’s. Butler Eagle Photo 2015