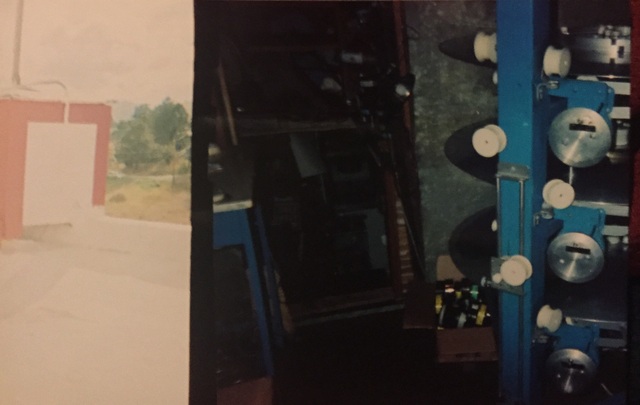 View of the old CFS platter system, looking towards a door leading down a ladder and into the snack bar that was added in the 80s. The CFS is platters were replaced with a newer but used set of either SPECO or Christie platters (my memory isn’t serving me right now) in summer of either 2011 or 2012 from the Reel Mountain Theatre in town when it went digital. The Park Theatre rather suddenly went digital in May of 2013 when upon attempting to reopen the theatre for the summer, the film companies refused to further provide film but the new platters remain with the now dormant 35mm projector. The left of the photo is some sort of weird double exposure that includes a shot of the tower roof.