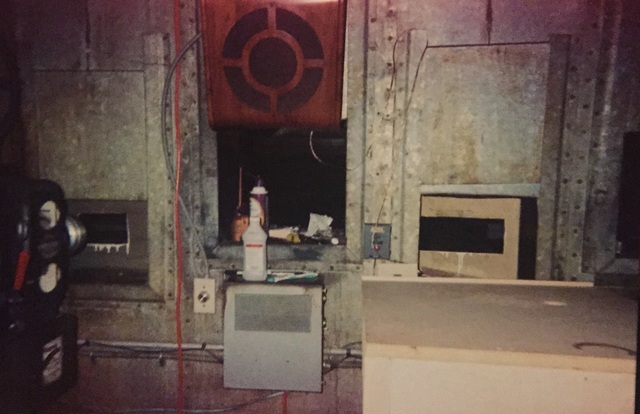 The wood table to the eft is where the right 35mm projector sat until summer of 2008 when it was removed and the wood stand was installed to accommodate a small Christie digital projector. The Christie was used for preshow advertising, special screenings, the Estes Park Film Festival and preshow screenings of the Park Theatre documentary, “Tower of Love”. While in storage for the winter in the park theatre mall, the Christie was lost in the October 2009 mall fire. From 2010 until the theater went digital in 2013, the theater went without any digital projection. This wooden stand was torn out in 2013 and this is now where the new DCP system sits.