The Coronation of Queen Elizabeth 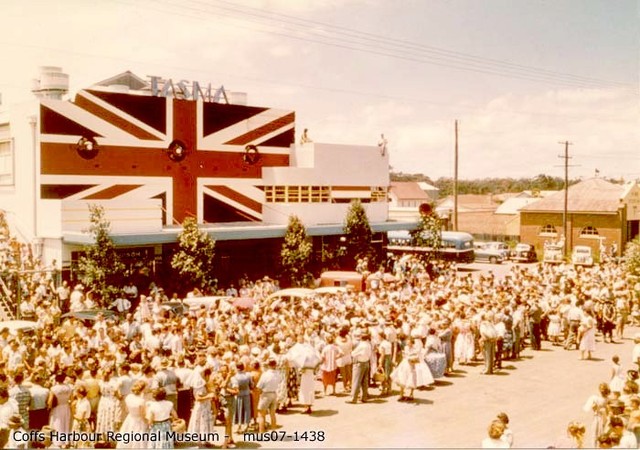 A Queen Is Crowned was the 1953 Technicolor story of Queen Elizabeth’s ascension to the throne. Jack Gerard went all out for this film, painting the Union Jack on the facade and hiring Betty Sara, a Queen Elizabeth lookalike.