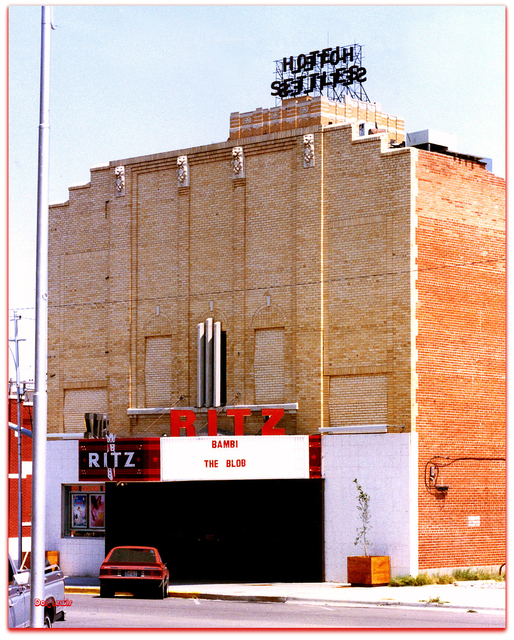 In 1974 I was the manager of the R-70 Theater in Big Spring, it and the Ritz Theater were owned by Mr Ike Robb and a partner. I was in charge of all the ushers for both theaters. The Ritz had a full sized stage behind the movie screen, so it at one time had live shows. For years a coffin sat just behind the screen and we’d scare the crap out of new ushers, and kids that would sneak back there. The candy girls would come over to the R-70 to bring candy and help with concessions at start of each move, I married one of them. Right across the street was the bus stations, at the end of the block was the Settles Hotel. I was in the Air Force at the time and was told that the missing letters on top of the Settles hotel sign… alerted the GI’s at the air force base that new girls (ladies of the evening) had come in to town. I thought it was all bull until they started dropping by the theater to buy popcorn. The Exorcist was the biggest show at the R-70 during my time there, I guess it was to bloody for the Ritz. I also worked the Jet drive in out by Comanche Trail park, they used me as a bouncer to stop kids from coming into the R rated movies from the woods behind the theater. Lot’s of great memories in all three theaters. Roy