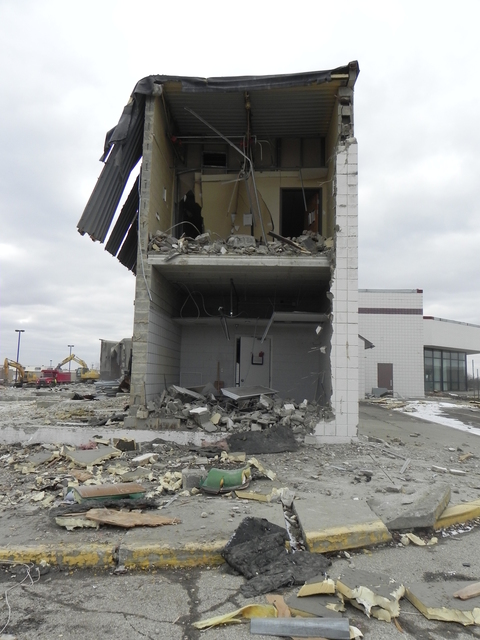 First opened in 1988, the 12-screen movie theater was closed June 18, 2006 off of Loop Road in Centerville, OH, in anticipation of the theaters at The Greene in Beavercreek, which opened in August 2006.

It sat empty for several years and was even used as a Flu Shot location about 2 years ago.. It was sold for 1.8 million dollars and is in the process of begin demolished..

I was allowed 30 minutes to go inside while the demolition crew took a lunch break.. I was running blind, didn’t take a flash light, cause I was expecting to be turned away…