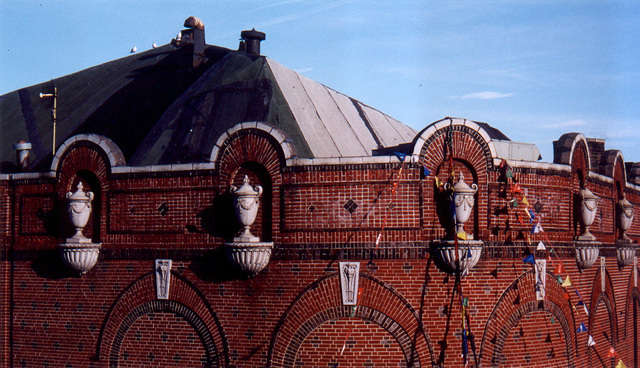 The architectural elements of this theater were quite simplistic to say the least. being this is a movie house from the dawn of the movie palace, which Thomas Lamb excelled at, its intersting to see the two things that the designers added, the urns, and the cut outs that seemes to resemble window cut outs, which were perhaps most visible during the building’s life from the Marcy ave.train station.