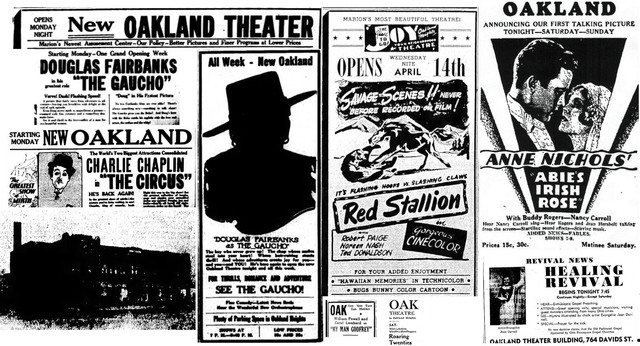 The Oakland Theatre opened in October of 1922. The New Oakland under new ownership launched with “The Gaucho” in 1928. New owners added sound at far right in 1929. The theater (bottom left) was actually a structure containing residential and retail including a sweet shop and tea store, a furniture store, a bike shop and many others in its run. The theater was also known briefly as The Oak in 1940 (center bottom). The final operator — number eight in 26 years — failed quickly in 1948 as the Joy Theatre. The apparent final nine years of service for the Oakland Theater Building’s theatrical area were church services (example at bottom right).