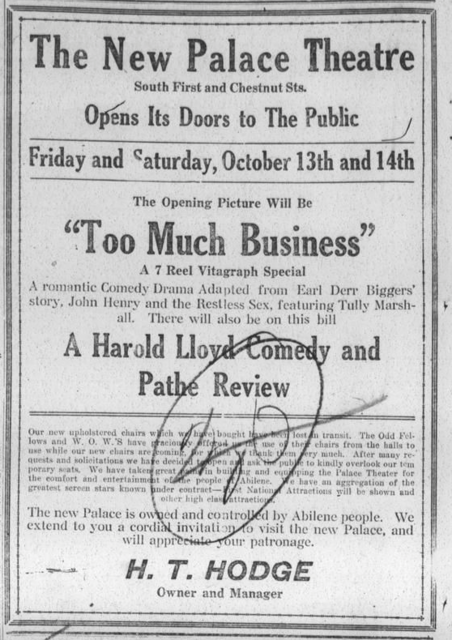 It’s October 13, 1922 and time for the Palace Theatre to open its doors to the public. The space is a converted drug store and the entire building has been renamed the Palace Theatre Building. The first film will be “Too Much Business.” Two Motiongraph projectors will be ready to play the Harold Lloyd comedy short, as well. H.T. Hodge of the first Gem Theatre in Abilene is in charge.