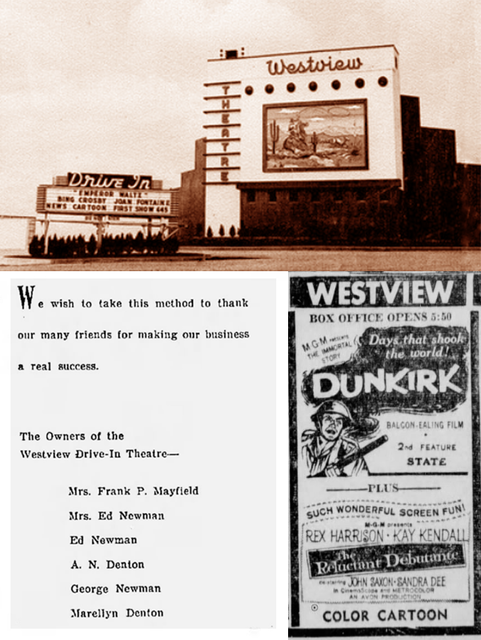 It’s time for Newman Theatres to open its new Westview Drive-In in Waco with capacity for 475 cars launching with the film, “Emperor’s Waltz.” (picture at top). Fast forward ten years and the ad at right is for the double feature of “Dunkirk” and “The Reluctant Debutante” on December 21, 1958. The next ad said closed for season and the final ad the following February at left bid adieu. The land was sold to Colias Brothers to become the third Elite Café operation – the long-running Elite Steak House. The demolition began February 4, 1959 by Wortman & Son of Houston.