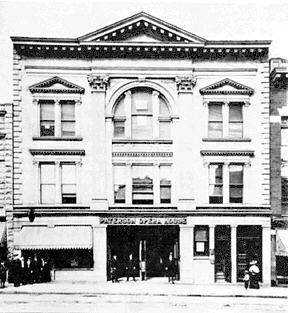 This was the first theater opened in Paterson. Built by John Walden, was inaugurated on April 2, 1866 with a performance of the Lady of Lyons. Designed and built by John Post and Son. Was damaged by fires in 1900 and 1914, after the 1914 fire it was sold to the Adams Brothers, who reopened it in 1916 as a picture house know as the United States Theater.