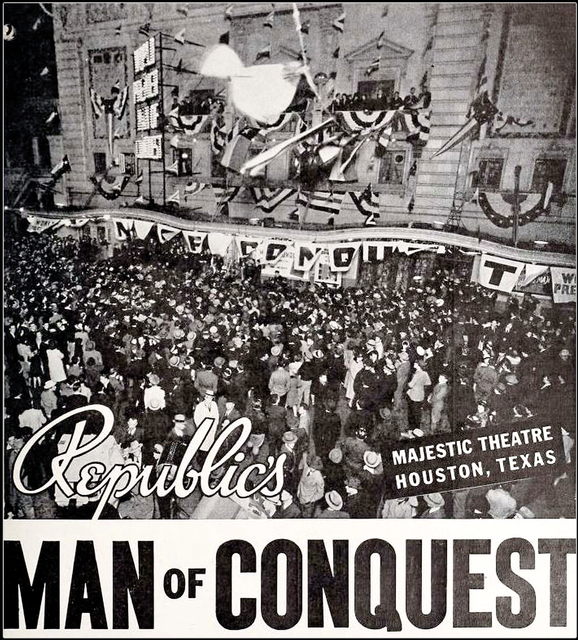 “MAN OF CONQUEST AT THE MAJESTIC – The world premiere of Republic Pictures' sweeping screen saga based on the life Sam Houston, MAN OF CONQUEST, was held April 6, 1939 in Houston, Texas at the Majestic Theatre.

Stars Richard Dix, Joan Fontaine and Gail Patrick were on hand for the festivities and were given a thunderous welcome by crowds that filled Main, Rusk and Travis streets. Following the premiere, Republic Pictures, the studio that produced the film, ran a two-page ad in Boxoffice magazine proclaiming that the event was “…the greatest premiere in the history of motion picture history!”

Earlier that day they were taken to the San Jacinto Battlergound where they viewed the towering masonry monument, twelver feet taller than the Washington Monument, would be dedicated two weeks later on “San Jacinto Day,” April 21. At 567 feet tall, it remains the tallest masonry column in the world."