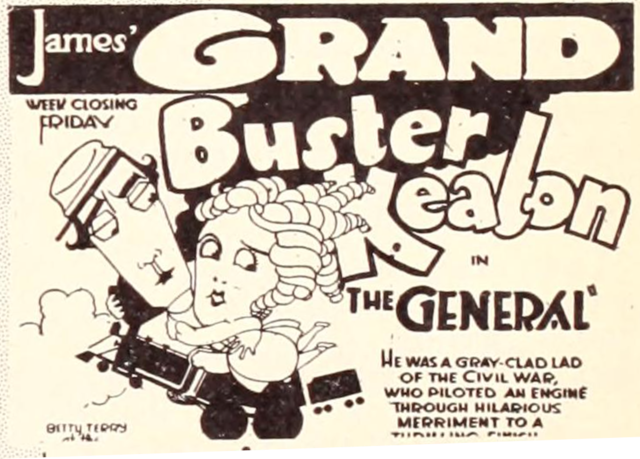 Timing’s everything and for Buster Keaton and “The General,” his silent film will get destroyed at the James' Grand by the Vitaphone sound films playing at the nearby Warner owned theater. But “The General” did stand the test of time.