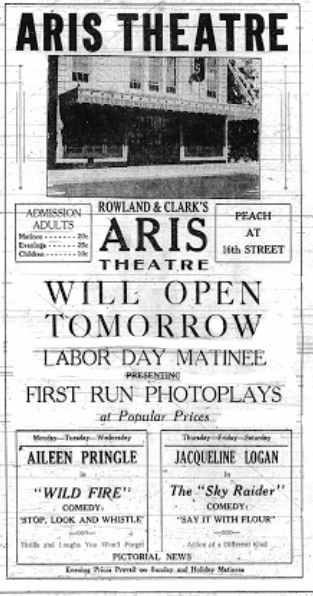 Rowland & Clark invested $100,000 in refurbishing the Aris Theatre which had all but been obliterated in a December 27, 1928 fire the gutted the less than two year old business. The theatre re-launched Sept. 7, 1925 and would be sold off to the Warner Bros. circuit in the early days of sound film exhibition not long after.