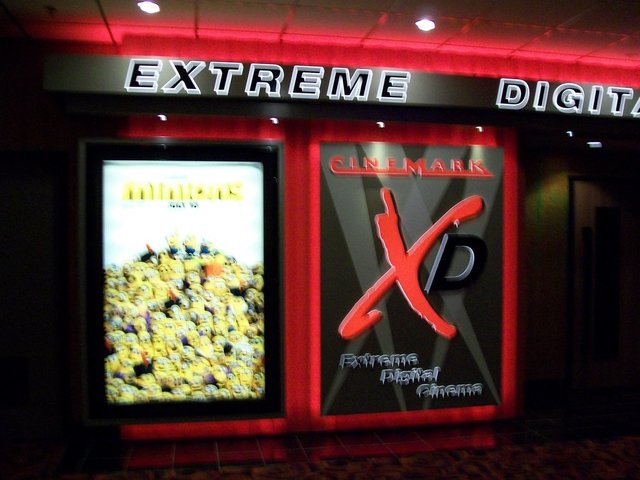 Here’s a shot of the Cinemark XD theater from July 10, 2015. Minions was shown on that enormous screen at the time. Minions was awesome in the XD. It was in shown in both 2D and RealD 3D. It’s extremely rare for an animated movie to be shown in XD.