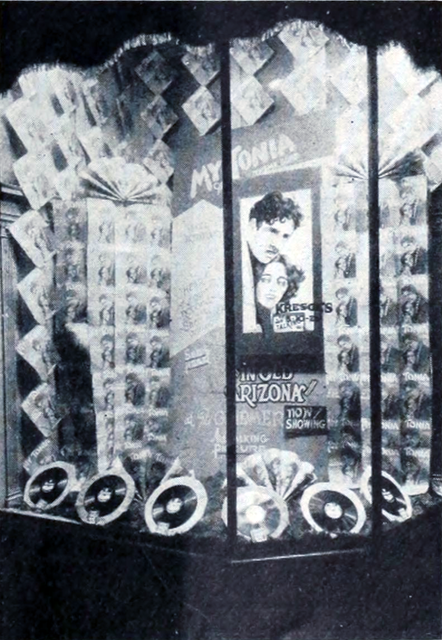 A 1929 tie-up between the Gladmer and S.S. Kresge’s nearby as the Gladmer places a display for “In Old Arizona” a week prior to the film opening and for the entire week the film is there to promote the film. Kresge played the theme song on a loud speaker to try and stimulate soundtrack sales.