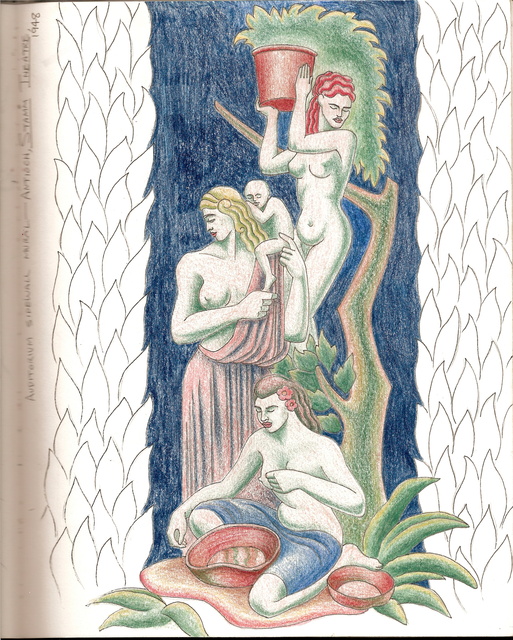 Drawing I did of part of the mural on the Left wall of the Stamm auditorium, 1990s. Subsequent research has shown that the same decorative painting company painted the murals in the Laurel Theatre, San Carlos. Some of the female figures in this mural at the Stamm appeared also at the Laurel, though arranged differently.