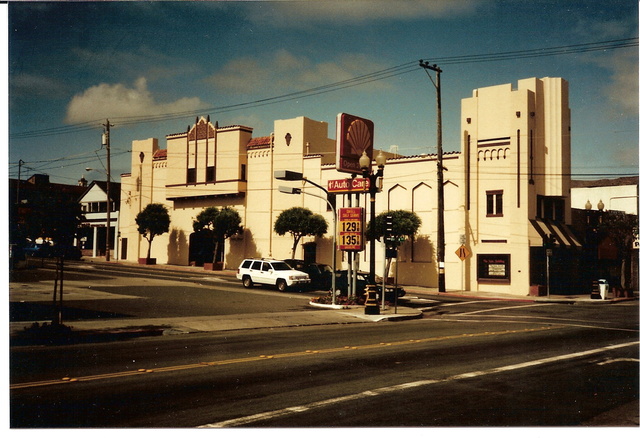 Early 1990s view of the State from Linden Avenue. Visible in this photo at the far Right is the fluted Moderne appendage which was added to the original facade over the marquee. This fluting visually and structurally supported a vertical sign added in the late 1930s. The fluted structure has been removed since this photo was taken, revealing the original facade and its ornamental accents.