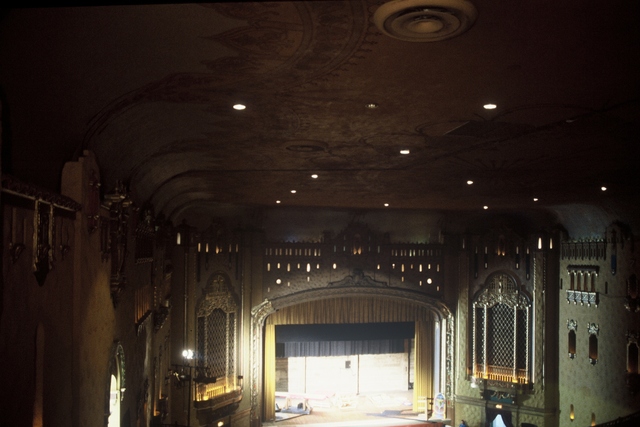 This was taken very shortly after the auditorium had been unplexed. Around this time, a local symphony group used the stage for a rehearsal, and, while I was doing restorative painting in the Balcony, I could hear one musician say to the Conductor, “Could we play here all the time?” The acoustics turned out to be phenomenal, following the removal of the 1975 partitions. At the time this photo was shot, the stage was being readied for a local production of “Grease.”