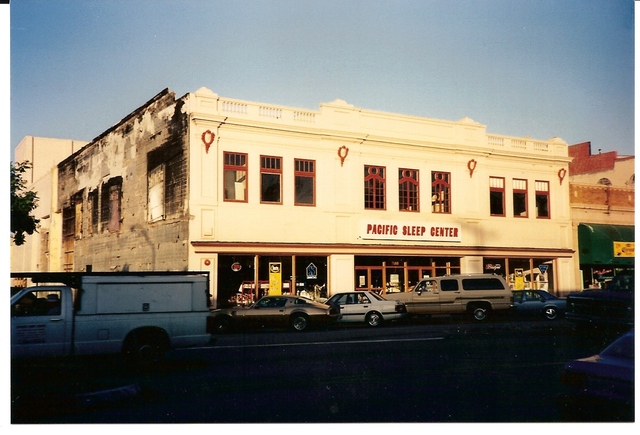 View of the Strand building in the early 1990s, after the Loma Prieta Earthquake had destroyed the very nice Mission style building to the Left of the theater. In this view, the Strand still wears the color scheme applied in its conversion to a branch of Ford’s Department Store, which caused the theater to be gutted. The Loma Prieta Quake helped seal the fate of the small Ford’s chain. Their flagship store in downtown Watsonville, then the oldest department store building in California, was of brick, and had to be demolished.