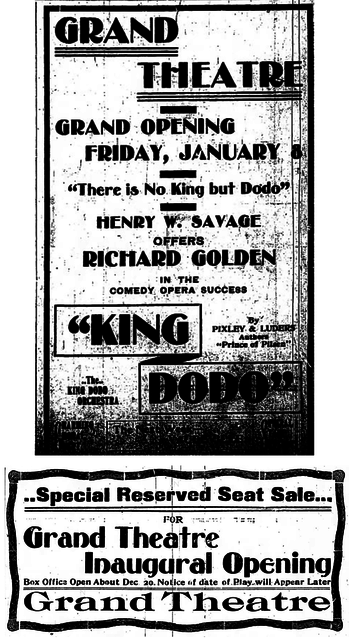 Architected by F.M. Anderson of Galena and Iola, KS in 1903 with a New Year’s Eve planned launch. The disastrous Iroquois Theatre in Chicago fire happened on December 30, 1903 and people were so nervous about the Grand’s planned opening that plans were scrapped so that two last minute exits could be added to the Grand second tier. The theatre opened January 8, 1904.