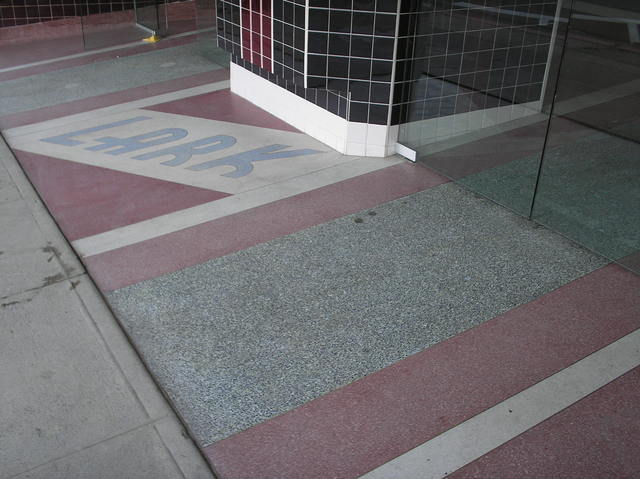 Terrazzo in the entry of the Lark. Originally, there was a deeper ticket lobby, open to the street, and the terrazzo continued up to its doors. The LARK name occupies the location of the original freestanding box office, and may date to the 60s, when many such box offices began to be removed, and early-on, it was common practice to fashion the theatre’s name or perhaps an initial in terrazzo. The box office and doors shown in this 2009 view date from a later remodeling.