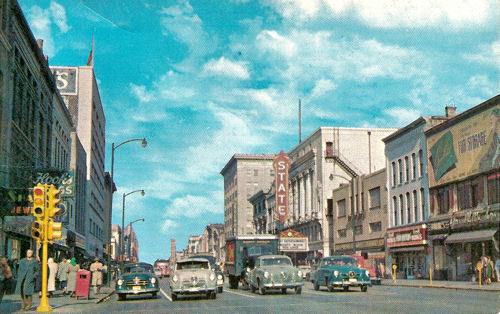 The presence of the 1950 “Bullet-Nose” Studebakers in the foreground suggests this photo is from 1950, or possibly 1951. It shows the facade while it still had a vertical marquee, along with the overhanging one that preceded the current one. The marquee of the Granada Theater is vaguely visible further up Michigan street on the right. Note that Robertson’s department store is just across the street from the State.